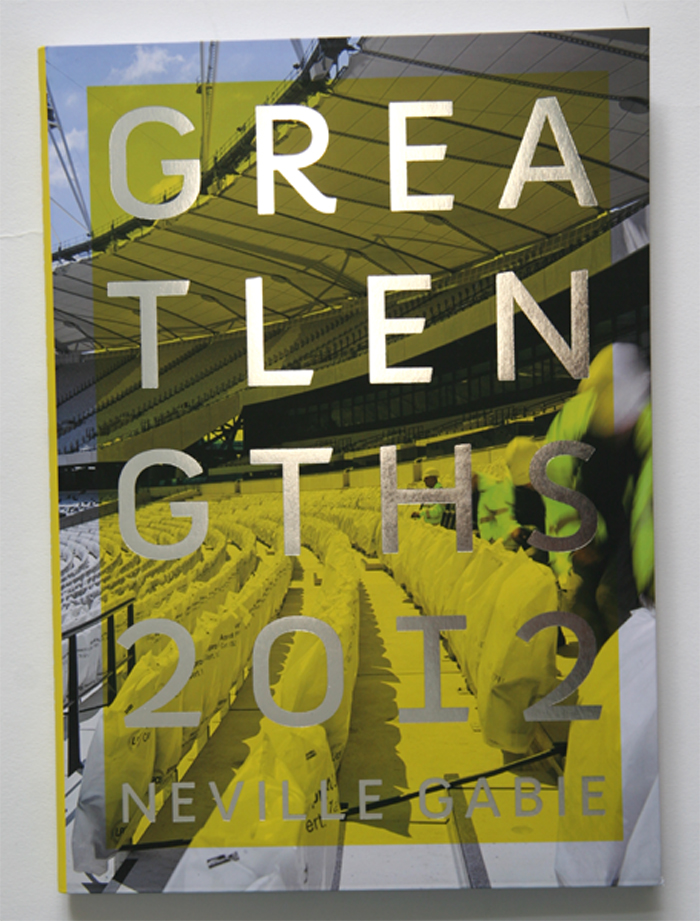 The Great Lengths 2012 publication brings together all the work of artist Neville Gabie made during his sixteen month residency on the Olympic Park, London during the construction of the park – September 2010 – December 2011.

192 full colour publication with DVD and texts by;

Commissioned by the Olympic Delivery Authority Arts and Culture Team, the ambition of the residency was to give visibility to what was happening onsite during the construction phase. Neville Gabie was commissioned with a completely open brief and invited to respond to what he encountered. The publication aims to give an insight to the working processes of a resident artist.