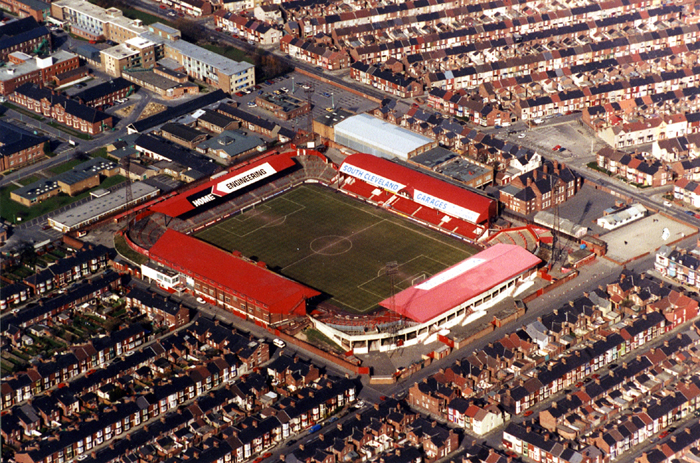 To mark the historic former home of Middlesbrough Football Club, Neville Gabie proposed a series of small interventions across the whole site. By overlaying historic maps of the football ground on the site plan by Wimpey Homes, Gabie was able to accurately identify the location of the centre spot, penalty spots, touchlines, stands, entrance gates etc. Each of these was marked using text and bronze casts which referred to the site’s historic use as well as the current context, a housing estate. A pair of bronze football boots for example is permanently installed adjacent to a front door, as if just taken off. They also mark the exact location of the centre circle. The intention is to leave a trail, which the interested can follow, but in such a subtle fashion that for those less interested, the work is hardly noticeable. To achieve this, particularly given that most the artworks are installed on private property, required considerable involvement and co-operation with the resident community, developed over nearly two years of consultation.The publication that accompanies the project includes archive photographs and a text by Harry Pearson.

The last twenty years have seen a concentrated and comprehensive period of demolition, redevelopment and relocation of British football grounds.Many have disappeared without trace below housing estates, retail parks and supermarkets while others still lie vacant, partially demolished and overgrown.Commemorative creations to former football stars and past events are on the increase, but are we equally alive to the potential of marking and celebrating the significance of former football grounds? One of the most fascinating commemorative public art projects is The Trophy Room on the redeveloped site of Ayresome Park, the historic home of Middlesbrough Football Club.’ Jason Wood – The International Journal of the History of Sport