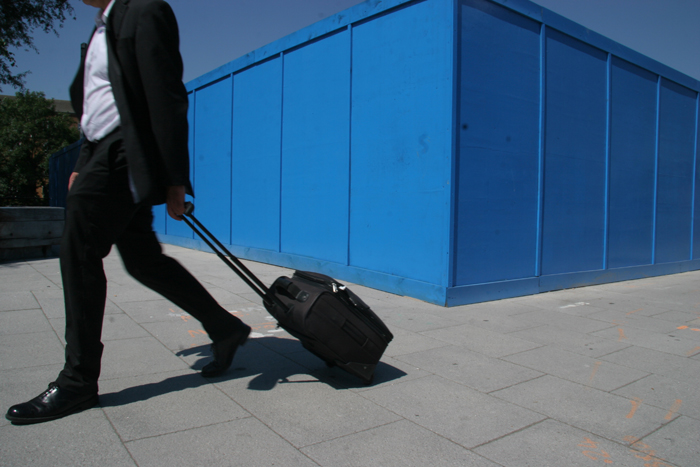 After completing his residency on the Olympic Park and increasingly aware of many peoples concerns with regard to the forthcoming Olympic Games, Neville Gabie Launched his project The Greatest Distance.Using an internet blog and the national press, Neville Gabie invited anyone to submit a proposal suggesting the greatest possible distance away from the Olympic Park Neville Gabie could be for the Opening Ceremony on July 27th 2012. Every submitted proposal was then scrutinized by a selection panel of six people, Danielle Arnaud, Sam Wilkinson, Sarah Butler, David Lillington, Bill Drummond, Jason Wood. Their task was to select one proposal for Neville Gabie to fulfill.

The selected proposal was one submitted by Martin Lewis

The greatest possible distance from the Opening Ceremony for the 2012 London Olympic Games is Batignolles, in the 17th arrondissement of Paris.

Paris was one of the five cities shortlisted to hold the games and was widely seen as the favourite to win the bid. On 6 July 2005 it lost the final round of voting to London (50-54). The tiny distance of four votes leads to the huge distance of alternative possibilities.

Had the Paris bid been successful, the athletes’ village would have been built in Batignolles on wasteland belonging to SNCF, the French national railway. This land is currently being regenerated with housing, retail and offices around a centre park, the Martin Luther King garden.

Batignolles and Stratford are therefore seperated by the infinite distance of the counter-factual yet one has continued to echo the other. This raises interesting questions about how much of a catalyst for regeneration the Olympics really are.

You should start as close to the Olympic Village in Stratford as possible and walk to St Pancras following the line of the railway as much as possible. You should then take the Eurostar (which will stop at Stratford International) to Paris and walk to Parc Martin-Luther-King in Batignolles to coincide with the start of the Opening Ceremony.

It would be intriguing to compare the permeability of public space around both parks and whether, by being disconnected from the Olympics, Batignolles as managed to reconnect with its people.

A limited edition publication of 100 signed copies which contains;

Every submitted proposal in full and unedited – A DVD which includes; an audio recording of the Selection Panel’s discussion – The final film of the selected destination

The Greatest Distance from Neville Gabie on Vimeo. 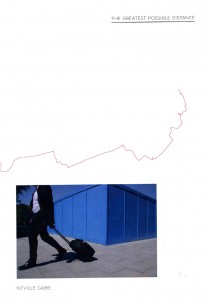 In January / February 2013 The Greatest Distance’ was exhibited at the Danielle Arnaud Gallery, London. The exhibition included the publication an audio installation and a video installation.