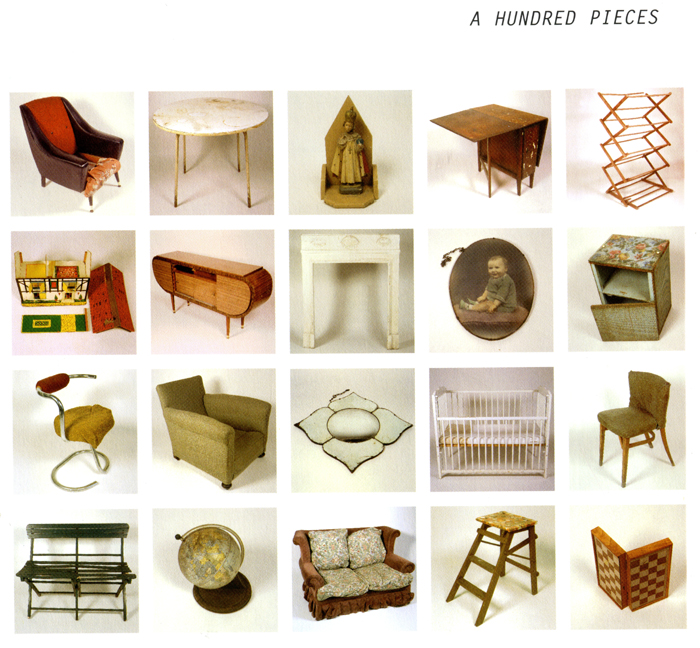 In 1999 Neville Gabie was appointed artist in residence at Tate Liverpool. Whilst there he developed a series of works responding the the empty feeling and sense of dilapidation in the city at the time. Under the heading ‘An A-Z Of Empty Spaces’ he made three specific works.

One Hundred Pieces – a hundred items of furniture found on streets, each photographed and catalogued with date and location of find recorded.

Triangular Trading – red, yellow and blue objects found on the street traded between the locations of the three ferry crossing points on the Mersey, Wallasey, Birkenhead and Pier Head