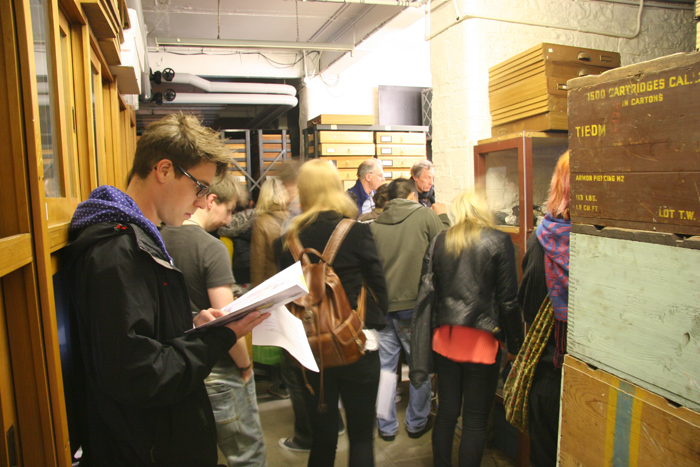 Archiving Oil is a collaborative project which was borne out of Neville Gabie’s residency with the Cabot Institute at Bristol University. Developed by Neville Gabie and Social Geographer Merle Patchett, the ongoing project seeks to create an archive of our relationship with and dependence on an oil based economy. In the first instance people within the University and the wider community were invited to contribute an object, text, sound, image of their own personal experience of living within an oil economy. These contributions were exhibited alongside four films by Neville Gabie in the basement stores and rock archive of the Earth Sciences department. A small publication with texts by several academics and an introduction by Neville Gabie and Merle Patchett and a contribution by Claudia Hildebrandt, archivist, was printed to accompany the three night event.