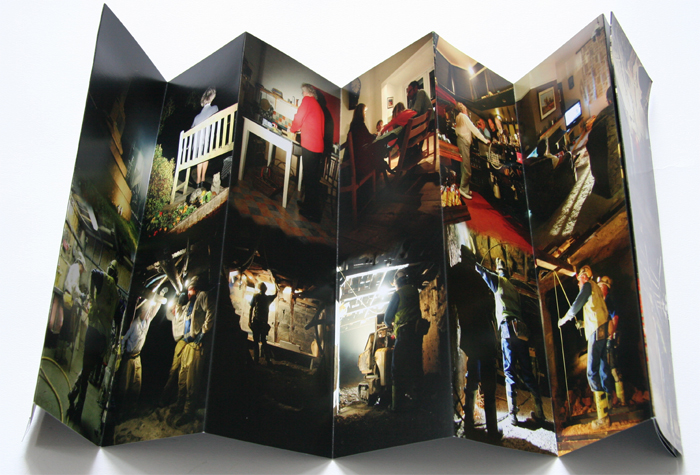 Commissioned by Frances Lord and Steve Geliot to develop a project in response to the filling of the Combe Downs Stone Mine. Using detailed maps of mine routes under the village of Combe Down, Neville Gabie developed a body of photographs, a photograph taken underground juxtaposed with a photograph from what is directly above. The work was produced as a fold-out leaflet distributed locally and as a series of large scale light boxes, three of which are on display in the village.

A publication of all the commissions was published see; www.loupdesign.co.uk/combe_downs.php