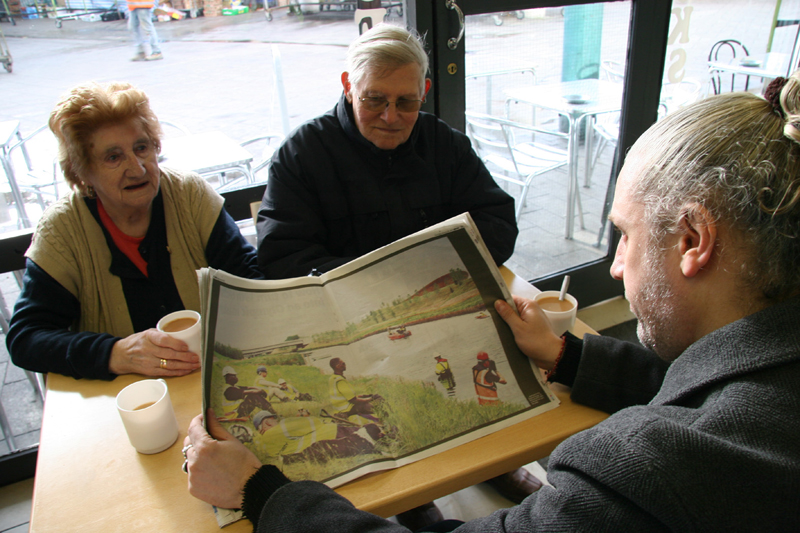 Commissioned by the Olympic Park Delivery Authority Arts and Culture Team and project managed by Sam Wilkinson of Insite Arts. Neville Gabie was given full access to the Park during construction. Without any preconceived ideas he was invited to respond to what he saw and experienced. A publication of the residency was published by Cornerhouse in November 2012.

Since completing the residency Neville Gabie has continued to develop some of the resulting works. In particular, this includes a new film with Semra Yusuf, bus driver on the Olympic Park during construction as well as an exceptional swimmer. The new film follows Semra’s personal story of arriving in England as a young woman and the challenges that she faced.