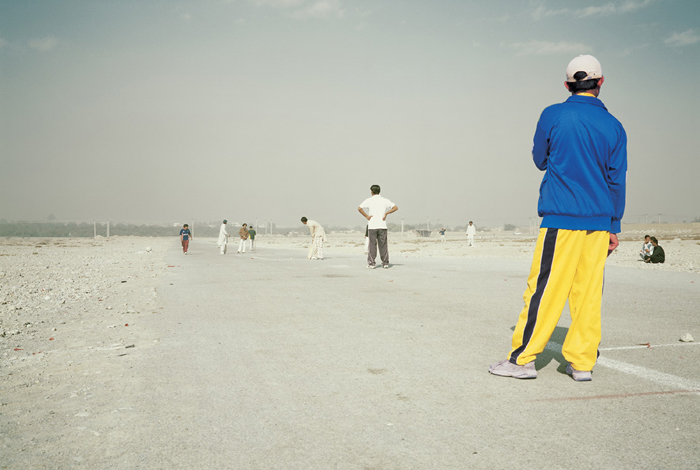 In 2004/05 Neville Gabie was invited by Art Review Magazine and the NGO, Right To Play to visit several Afghan Refugee Camps in Pakistan where the charity was running projects. The invitation was to make a body of photographic works which would be published by Art Review and exhibited by Right To Play during the Turin Winter Olympics. Work was then auctioned to raise funds for the charity.

Working in several refugee camps close to Quetta and Peshawar on the Pakistan, Afghanistan border, Neville Gabie chose to document informal cricket matches and detail photographs of children at play.