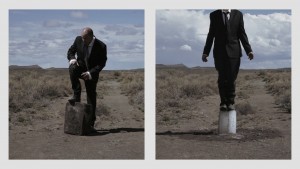 The Exhibition curated by Simona Nastac, supported by the Paul Neagu Estate and Fundatia Triade, focuses on the works of Paul Neagu, the influence on his practice by Contastin Brancusi, and the subsequent influence that had had on a whole generation of artists. The exhibition, which includes Brancusi’s The Kiss, also has early darwing works by Tony Cragg, documentation of a performance by Anish Kapoor and three performances in the gallery during the exhibition by Neville Gabie, Nigel Rolfe and Vlad Nanca and Nona Inescu.

‘Thirty four years ago, in 1982 when still a 23 year old student, I traveled to Tirgu Jui, in Romania specifically to see Brancusi’s most significant public work – the Endless Column, The Kiss Gate and The Table of Silence. Prior to going I had written a letter to Paul Neagu asking him about the work. His reply was that if I really wanted to understand Brancusi I needed to go and see for myself. He was absolutely right. That experience and the work has significantly  influenced my own practice ever since. All those years ago it was not possible for me to get to Craiova to see Brancusi’s first version of The Kiss. Seeing that sculpture now moved me to tears – and to be performing my own work less then ten feet away was an experience I will always cherrish.’ Neville Gabie 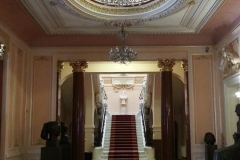 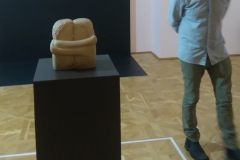 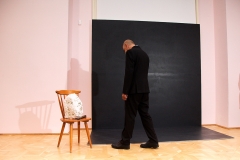 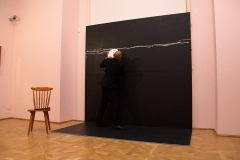 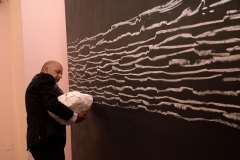 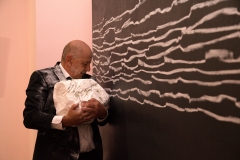 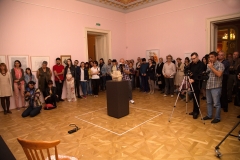 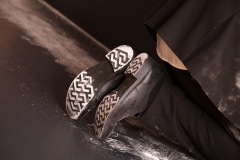 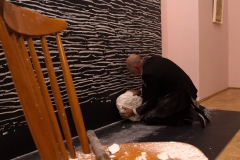 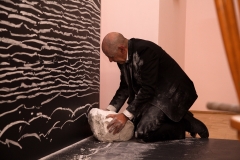 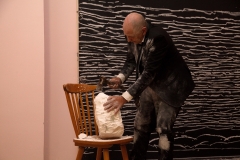 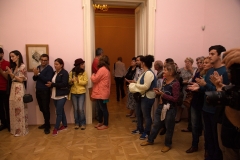 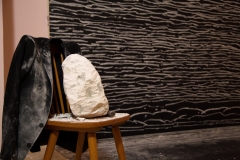 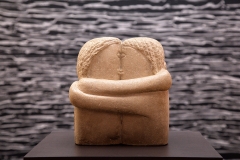 Further images and a film of the performance to follow