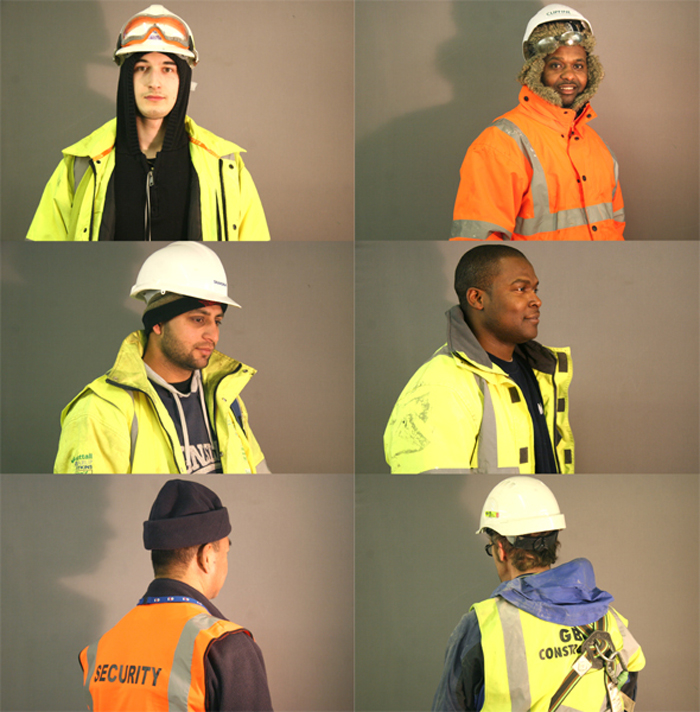 Over a sixteen month period Neville Gabie developed a series of work. These included;

Every Seat in the Stadium – a six monitor video installation which documents Neville Gabie’s attempt to sit on every seat in the Olympic Park Stadium Freeze Frame – the recreation of Seurats Bathers at Asnieres on the Olympic Park using site staff. The work was made public and distributed using the Metro Newspaper  9.58 – a video work, duration 9.58 seconds which shows 239 portraits of stadium construction workers Twelve Seventy – a film documenting bus driver, Semra Yusuf swimming 1270 metres in the Olympic pool. Unearthed – an exhibition of artworks from former Carpenters Road Studios artists. The studios occupied the site which is now the Aquatics Centre on the Olympic Park. A Volume of Water Drunk in the Olympic Pool for You – 43.6 Minute Mile – Jump –

Every seat in the stadium from Neville Gabie on Vimeo.