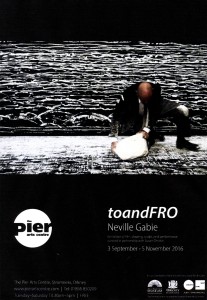 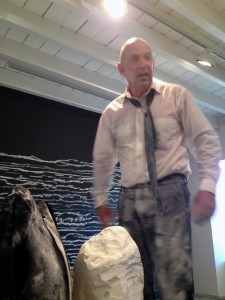 Curated by Susan Christie in partnership with the Pier Arts Centre

A solo exhibition of work by Neville Gabie, which includes projects from Antarctica, Achiltibuie, Western Highlands, Scotland and WOMAD. Neville Gabie will also be showing some of his performance based works and will do a performance in the gallery on the opening weekend. The key theme of the exhibition is based around a number of collaborative projects, most notably AFLOAT, a film developed over 18 months with a small coastal community on the west coast of Scotland. Other collaborative works include Collective Breath – a work made with the collected breath of 1111 festival goers at Womad Music Festival, commissioned by WOMAD World of Art Curators, Jeni Walwin and Tammy Bedford; A project developed between the artist and his wife Joan based on Neville’s 4 months spent in Antarctica with the British Antarctic Survey [artists and writers programme] and a film made with Semra Yusuf a bus driver on the Olympic Park London during construction.

The exhibition has an accompanying catalogue with an introduction by the Pier Arts Centre Curator Andrew Parkinson, an essay by Moira Jeffrey and a text by Susan Christie, who commissioned Afloat.

There is also a complete transcript of a open gallery discussion between Moira Jeffrey and Neville Gabie. for a PDF please follow the link  neville-gabie-and-moira-jeffrey 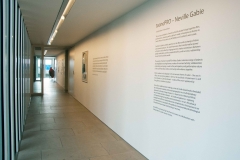 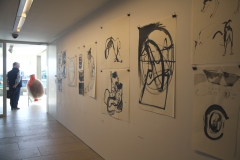 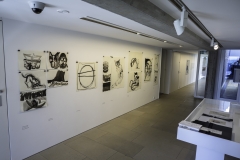 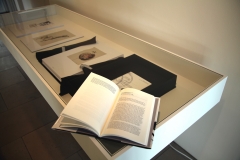 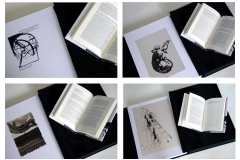 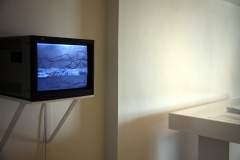 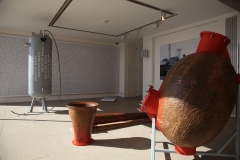 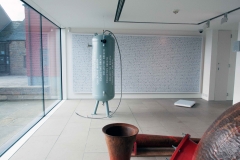 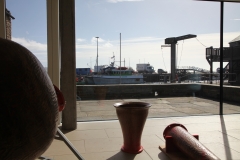 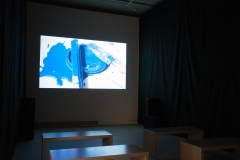 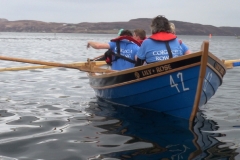 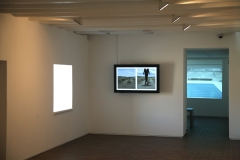 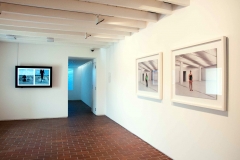 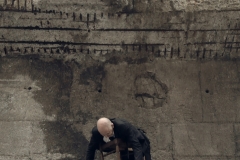 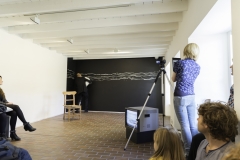 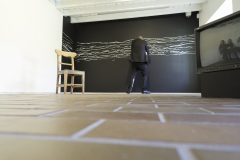 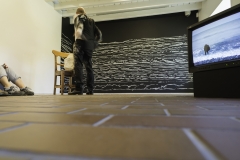 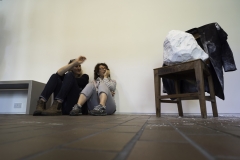 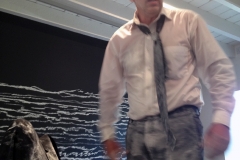 Further information and film footage of the Chalk Performance in the gallery, as well as gallery views, please click onto the Pier Arts centre link below;