Me, Myself, I, curated by Tessa Jackson OBE for the reopening exhibition at the RWA Bristol 2022 included a work by Neville Gabie entitled Nachum 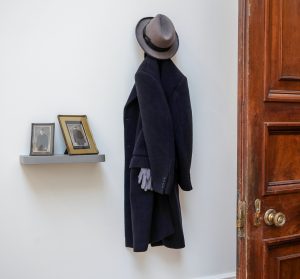 ‘My grandfather’s brother, after whom I am named, had this
photograph [on right] taken in Riga, in the 1920s. He, along with
my great grandparents, was shot dead in Riga in 1941 and this
is the only remaining record. Had he lived he would have been
59 when I was born. So in my 59th year I wanted to make a
self-portrait [on right], which made a connection across that
broken divide. Having the garments replicated revealed that
they were either borrowed or hand-me-downs, as they are
clearly too large. It suggests the family were not wealthy.
The reasons for the original photograph remain unclear,
perhaps it was an attempt to get documentation to leave the
country and join my grandfather in South Africa. He looks out
anxiously into a future he did not know. I look back into the
past and the unbreachable chasm between us.’ Neville Gabie 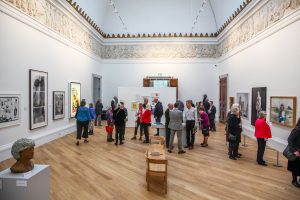 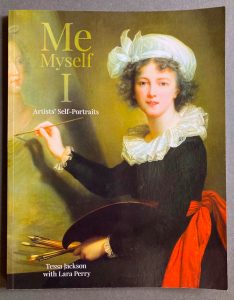