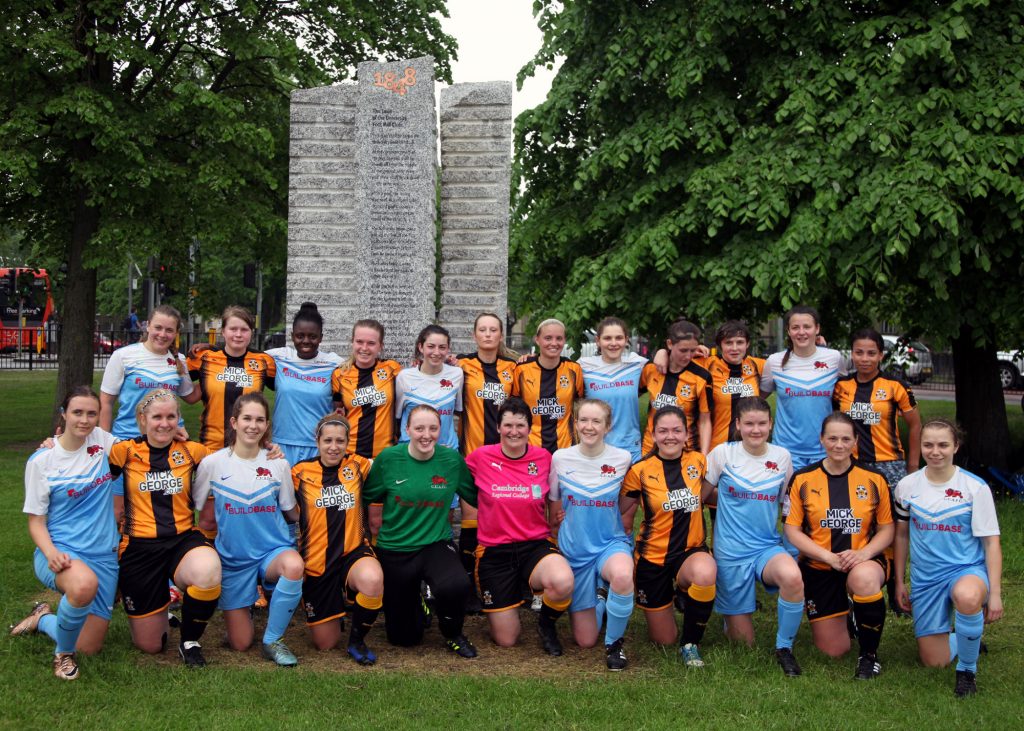 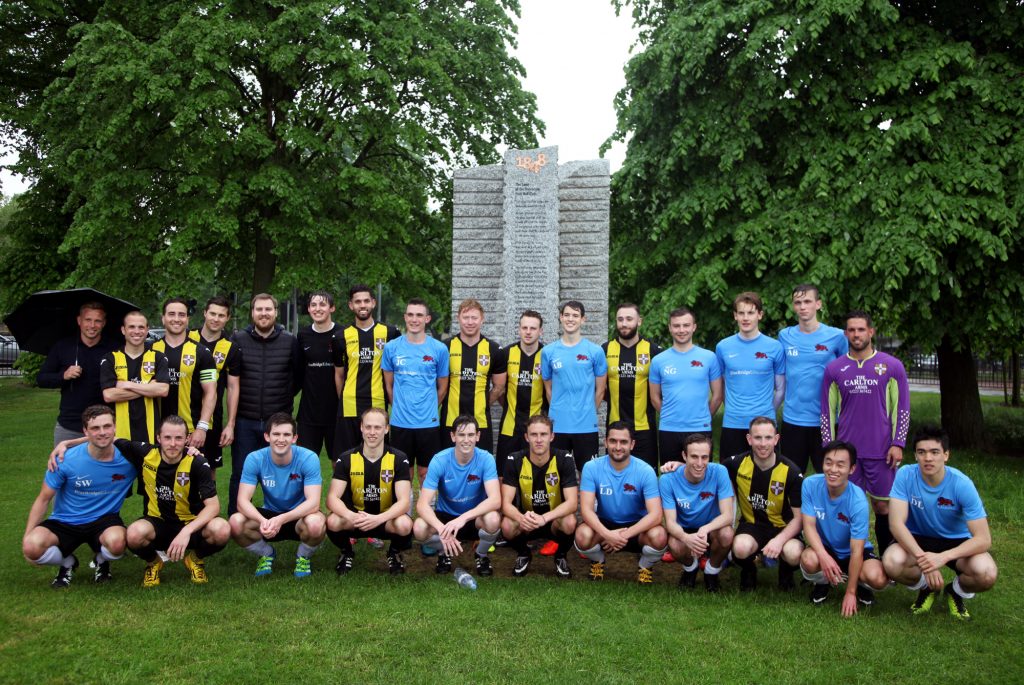 Cambridge Rules 1848 sculpture by artists Neville Gabie and Alan Ward was launched on Parker’s Piece Cambridge on May 12th 2018 with two football matches taking place – a Men’s and Women’s, Town’s V Gowns celebration of the location of the first written rules of football in the modern era.

The sculpture marks the location, Parker’s Piece, Cambridge, where the first rules for football in the modern era were written in 1848. The concept of the sculpture is a single piece of granite, 3 metres tall and 1.5 metres wide, with the rules inscribed on the cut outer edges in numerous languages. This huge block was then split into 9 vertical columns, of which 4 are located on Parker’s Piece.

Each of the other 5 stones will be installed at 5 different locations around the world, Brazil, Kenya, India, China, Egypt, to acknowledge how football has spread around the world to become so international.

The project has its own website, which anyone can contribute to. Please see; www.cambridgerules1848.com 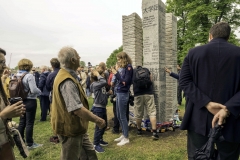 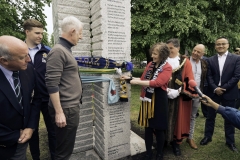 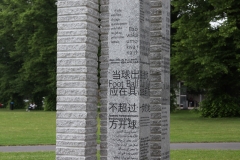 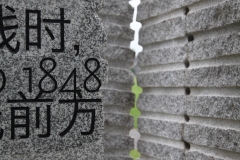 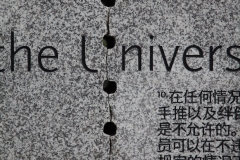 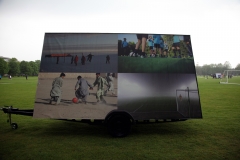 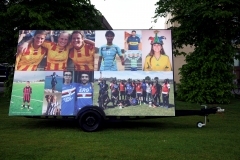 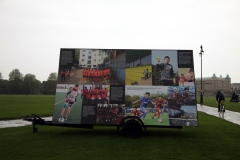 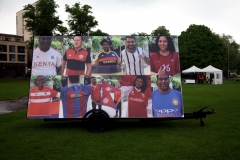 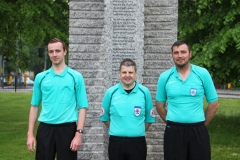