Living-Language-Land is a wonderful new collaboration between Neville Gabie and Natural Scientist Philippa Bayley. Funded by the British Council Creative Commissions in the lead up to the COP26 Climate summit, the digital project is a journey through endangered and minority languages that reveal different ways of relating to land and nature. 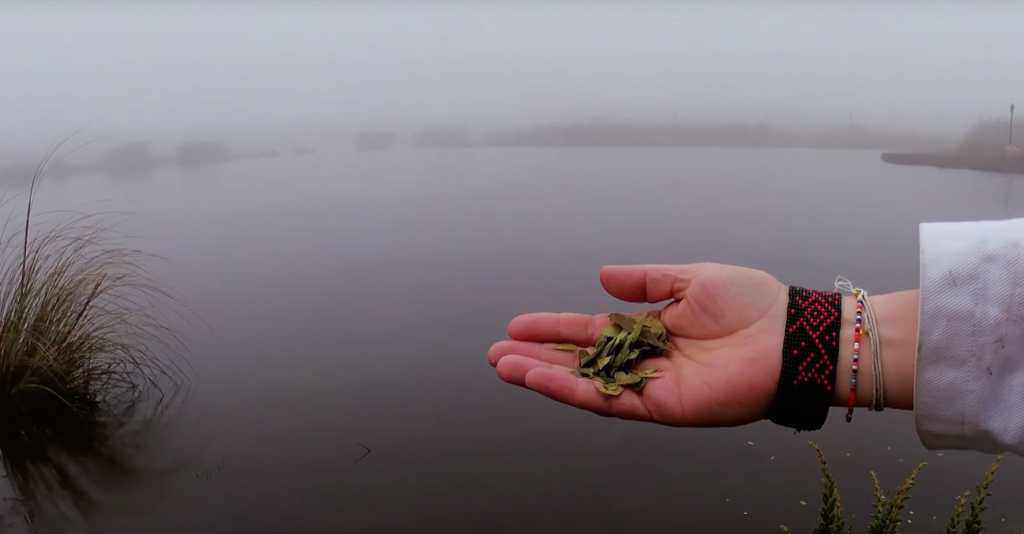 The languages we speak shape how we understand the world around us, including our connections to land and nature. But as fast as we’re losing species from our planet, so we’re losing languages that offer different ways of seeing. What connections, ideas and wisdom are we losing as those languages are lost? What powerful strategies for sustainable living might they offer, to help look afresh at our environmental crisis?

We’re sharing 26 words from a different language – and the stories behind them – in the weeks leading up to COP26. Our contributors from across the world share, in their own voices, what the words mean to them and their communities. And they explain how the environmental crisis is challenging the deep bonds with land and nature that their words express. Together the words form a rich word bank that offers a fresh, evocative perspective on our environmental crisis – one that’s beyond the scope of the Western-dominated conversation. 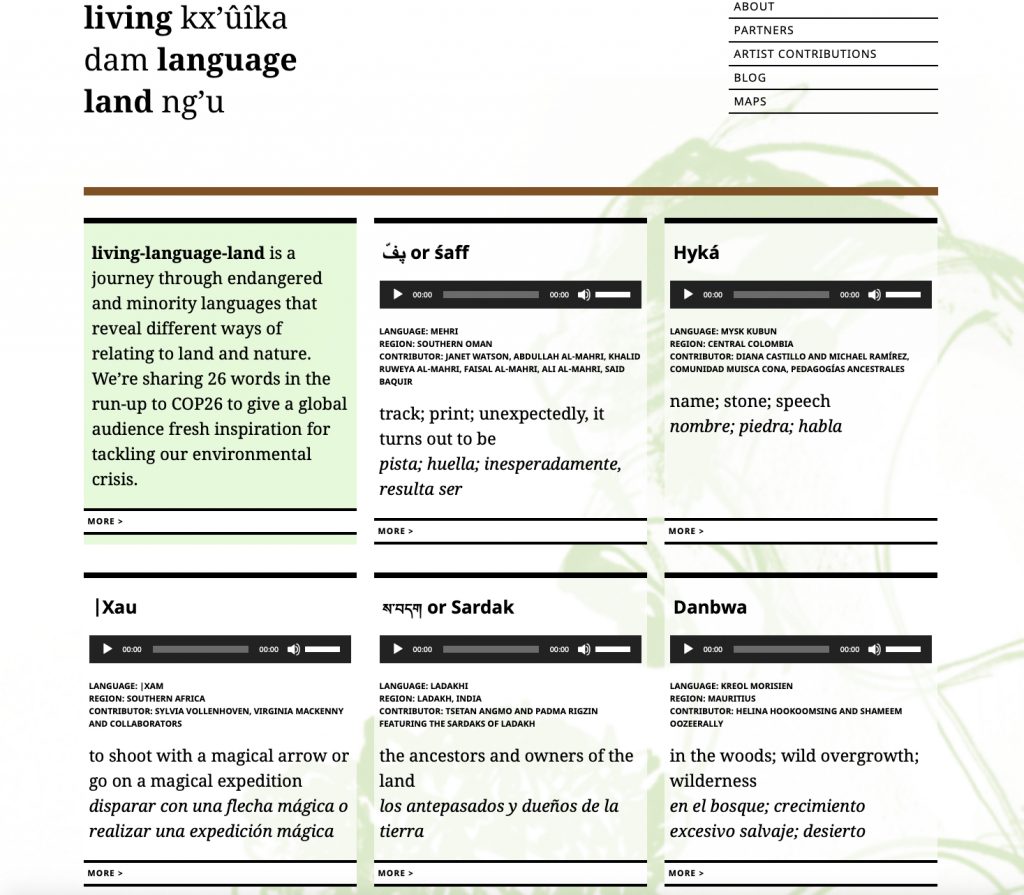 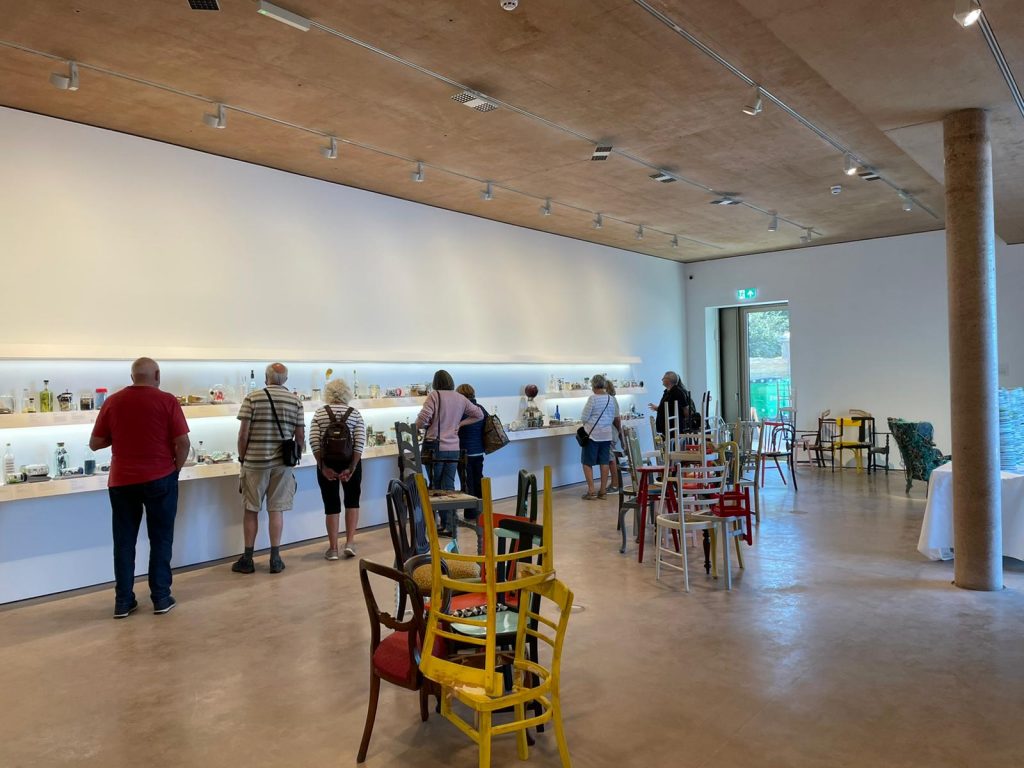 More Together Than Alone – East Quay Watchet , Watchet, Somerset have just completed the building at East Quay and the opening exhibition More Together Than Alone, is now open to the public. The exhibition by artist – co curator Neville Gabie and co-curator Tessa Jackson OBE has work by Neville Gabie, Suzzane Lacy and Deanna Payne as well as the community of Watchet.

For more information about the exhibition and this new building, which includes gallery, artist studios, education spaces and a cafe, see

Neville Gabie has been commissioned for a research phase in relation to the building of MIF’s future home – The Factory. The intention is for a period for research during Autumn 2019 with the view to developing a project for completion and delivery when The Factory is complete and open to the public in Spring 2021 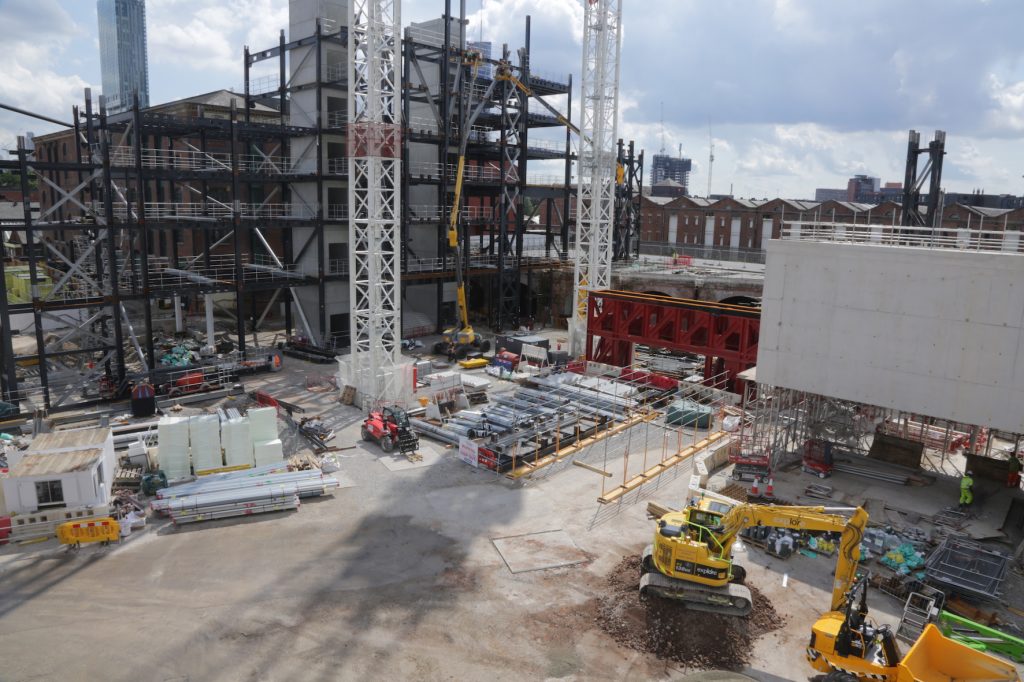 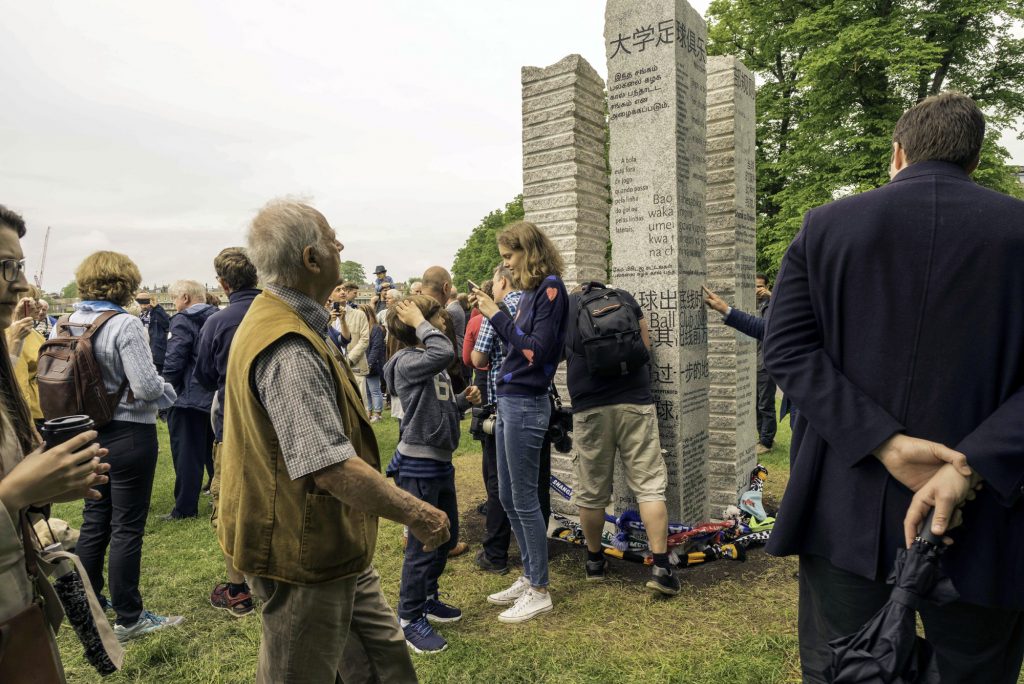 Cambridge Rules 1848 – a sculpture across the world

In 1848 a group of students from the university agreed on one set of rules by which to play football on Parker’s Piece. These 11 rules are the first rules for football in the modern era. Almost entirely adopted by the FA when drafting the FA rules in 1863, it could be said that Parker’s Piece itself is the birthplace of football as we know it.

To echo the global spread of the game and its ability to empower across social, economic racial and gender, the concept of the work involves;

A single large block of granite, etched with the Cambridge Rules in numerous languages – then split into 9 vertical columns. 4 were installed on Parkers Piece in May 2018 – 5 are being sent to vert different worldwide locations. 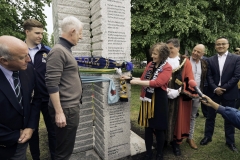 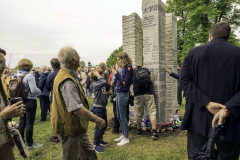 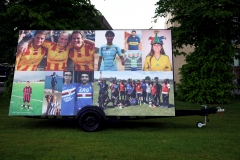 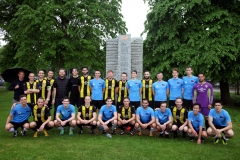 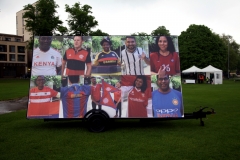 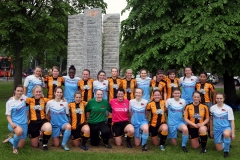 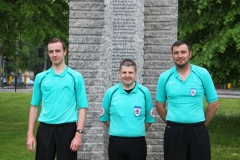 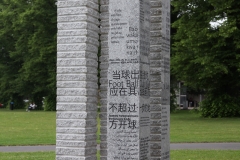 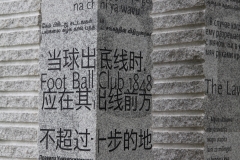 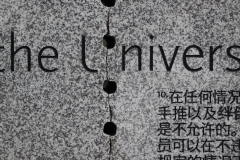 A book of the project is due to be published in Autumn 2019 once all the stones are located and documented.

With thanks to our project Partners Street Child United. 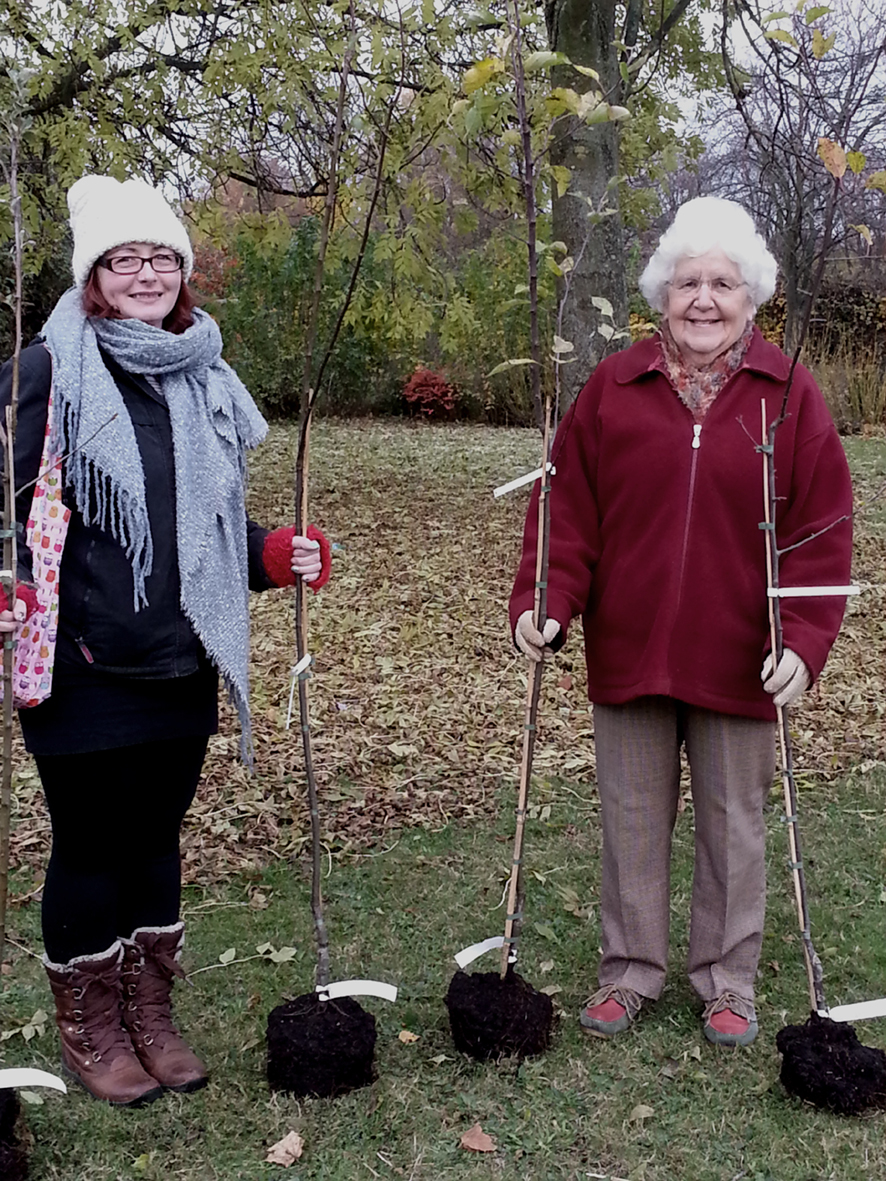 Regrettably this project is no longer being continued by the artist due to the lack of support from Cambridge City Council. They may continue delivering the artists vision, but without Neville Gabie’s involvement.

Neville Gabie was commissioned to come up with a concept to mark pedestrian, cycle and other routes between the new developments in the south of Cambridge City and the city centre. Neville Gabie proposed planting every UK variety of apple tree  [approximately 800 different varieties] alphabetically in concentric circles with a centre-point in the botanical gardens and the furthermost circle near the M11 motorway. This unique archive of apple trees, planted in alphabetical sequence will indicate your location relative to the city centre. 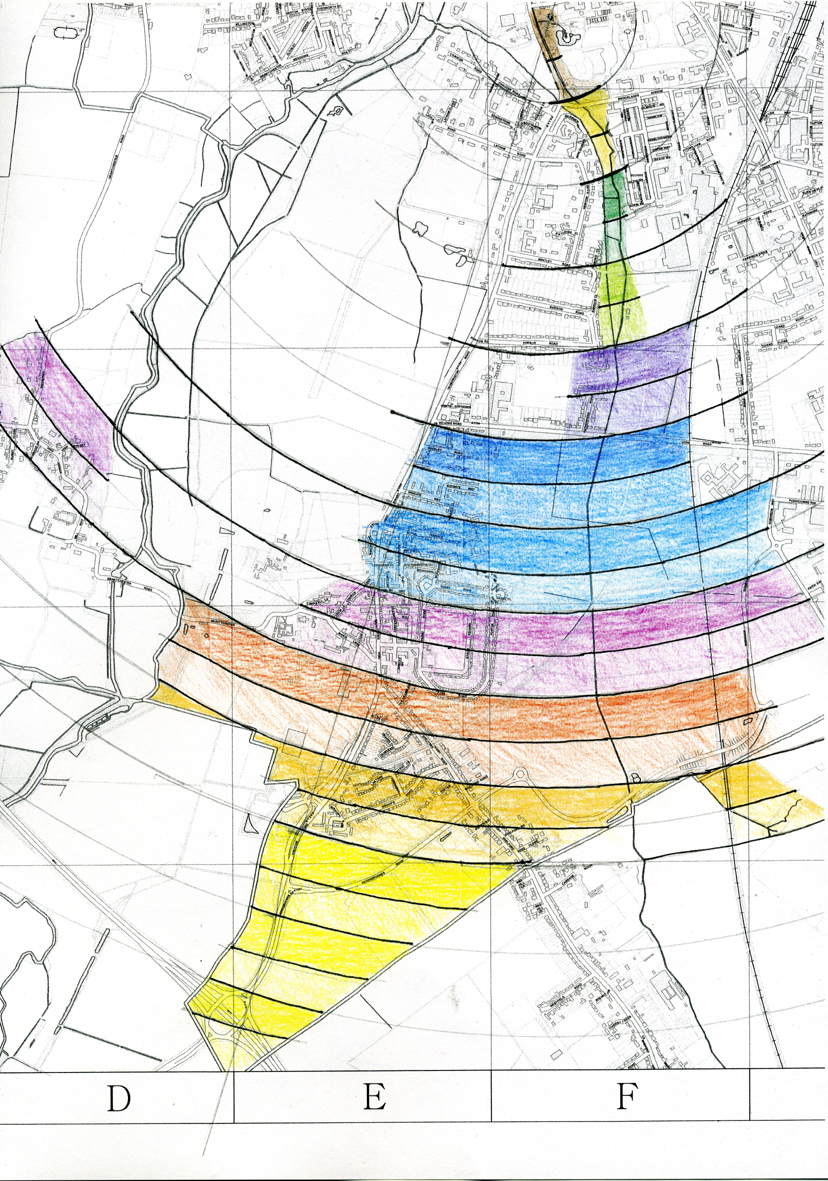 Given that apple trees can only be propagated by a process of grafting wood from the desired tree variety into a selected rootstock, this concept of ‘grafting’ also seemed to provide a perfect metaphor for the developments in the south of the city, where whole new communities, schools, hospitals, are being built in and around long established existing communities.

The bulk of the trees are being provided by Brogdale Nursery, Kent using the National Fruit Collection as our starting point. All the trees will be grafted over a 4-5 year cycle and planted out each spring and autumn by local community groups.

Project Proposal as submitted in 2014; the-cambridge-community-collection 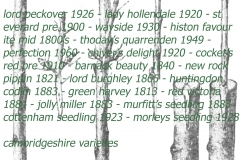 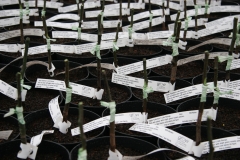 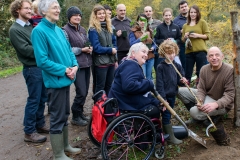 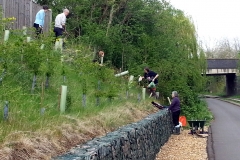 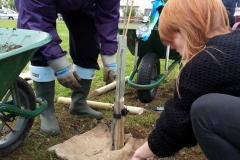 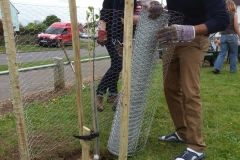 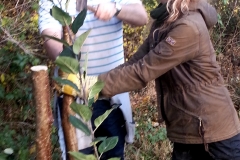